On May 7, 2020 the Parliament of Mongolia approved taking of nine sites under Special Protection of the Government of Mongolia. One of these sites is Khomyn Tal in Zavkhan province, a third place in Mongolia where Przewalski’s horses are successfully reintroduced to wilderness since 2004, a place of unique natural diversity, a buffer zone of Khar Us Lake National Park which includes several places of importance for migratory birds and places listed under RAMSAR Convention. Special Protected Areas Department of the Ministry of Nature, Environment and Tourism (MNET) played an especially important role in acknowledging the 15 years of fruitful reintroduction efforts and pushing through the administrative stages. IUCN acknowledged their contribution by an official letter to Mr Sansarbayar, the Head of the Department.

Khomyn Tal was taken under special protection based on the following justifications elaborated by WWF Mongolia, TAKH Association of France and Mongolian Academy of Sciences, Biology Institute.

Lake and Durgon Lake listed as RAMSAR site #976 in 1999 are also a reason for taking Khomyn Tal under protection.

By taking Khomyn Tal under special protection, naturally growing sea-buckthorn bush expanses, the largest in Mongolia, can be harvested to benefit the local households. In addition, Khomyn Tal is an area urgently requiring protection from mining.

National Park which corresponds to IUCN category II, refers to wilderness areas with historical, cultural, or environmental educational value. National Park territory is subdivided into three zones based on the level of protection:

1) core zones – research and conservation activities are allowed without inflicting any damage to natural composition and structure, provide favorable conditions for reproduction and growth of animals and plants, undertake soil rehabilitation and mitigation of disaster-inflicted damage.

2) ecotourism zone – tourism, fishing, and activities listed above are allowed;

3) limited use zone – above activities, plus traditional nomadic livestock breeding

and construction are allowed with park permission. Mining is explicitly prohibited. Buffer Zones are allowed either outside or overlapping with the Limited Use Zones.

Total area of Khomyn Tal National Park: 411,403.82ha bordering with Khar Us Lake National Park and Mongol Els National Park. There is lot of work ahead of KTT to align the work completed in the last 15 years, with the Government requirements to Special Protected Areas. For example, the number of rangers and their duties and responsibilities have to be reviewed and adjusted according to norms and quotes as per law. Zones needs to be specified. KTT, as a newly established National Park Administration will need to elaborate the National Park Management Plan and set up its Office in situ. Finally, the local herders need to be informed about the activities they can and cannot do in respective zones of the National Park and continuous efforts made to ensure their support and improve their cooperation in conserving the whole ecosystem. 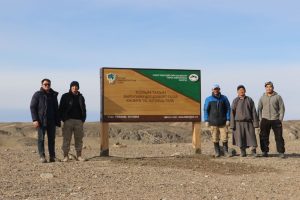 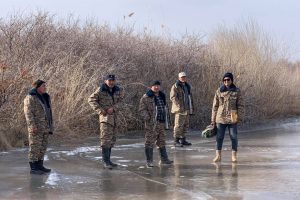 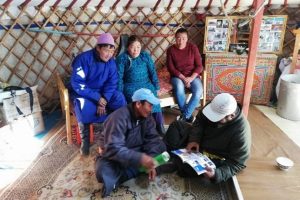 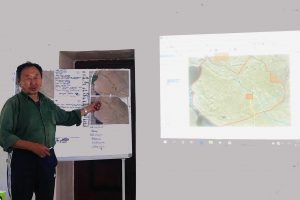 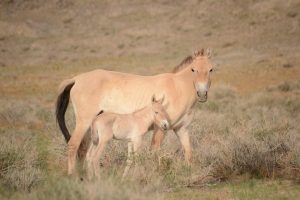 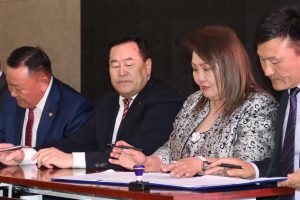